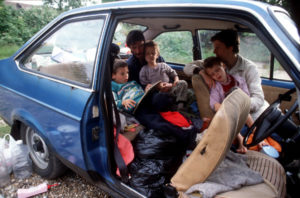 Political recalls and the campaign to dehumanize those who live without housing.

Millions of America’s 140 million poor are already living without housing and many of us are a medical crisis, layoff or car repair away from joining the ranks our country’s unhoused. Cities across America are increasing their sweeping of camps, discarding people’s tents, blankets, and other survival property. At the same time economist are warning that there could be a global recession as a result of a number of issues including the trade wars, tax breaks for the super-wealthy, and the student loan debt. There is a potential catastrophic increase in the number of America’s being forced to live on our streets.

This impending crisis could be one reason for the new attacks against those living outside. An ideological war that attempts to paint the homeless as mentally ill drug addicts beyond help or redemption and is driving a wave of Recall Campaigns against political leaders who have attempted to introduce humane solutions for the growing homeless crisis.

The Discovery Institute’s Center on Wealth, Poverty, & Morality is initiating a campaign suggesting that there are scholarly arguments against solving the crisis with the construction of shelters and affordable housing claiming the homeless are mentally ill drug addicts who will never have the resources to rent housing so there is no reason to build it. “An Addiction Crisis Disguised as a Housing Crisis”

The new campaign is even more disturbing than the Manhattan Institute’s first anti-homeless attacks which included a vigorous promotion of the Broken Window Theory and a call to pass Quality of Life Laws like those against sitting on commercial streets, so-called aggressive panhandling and public sleeping that justified the municipal criminalization those without housing in the mid-eighties. The homeless were to blame for our economic problems “because no one will go downtown and shop anymore”.

The Discovery Institute’s June 2019 essay in the Manhattan Institute’s City Journal “An Addiction Crisis Disguised as a Housing Crisis” by Christopher F. Rufo suggests that there is a scholarly argument against claims that high rents, low wages or other economic policies have anything to do with the increase in those living without housing.

Rufo ends “No matter how much local governments pour into affordable-housing projects, homeless opioid addicts—nearly all unemployed—will never be able to afford the rent inexpensive West Coast cities. The first step in solving these intractable issues is to address the real problem: addiction is the common denominator for most of the homeless and must be confronted honestly if we have any hope of solving it.

Sinclair Broadcasting’s hate film Seattle Dying is the first shot in this new well-financed and nationally coordinated effort to dehumanize the homeless.

Former Democratic California State Assembly Person Mike Gatto had advanced this theory in a June 2019 OpEd in the San Jose Mercury News, “So if economics aren’t the issue, what is? Two things. About 40 percent of homeless are addicts and another 25 percent have severe mental illness. In other words, over two-thirds of the homeless suffer afflictions that diminish rational behavior.”

Another disturbing development is the use of the recall process against politicians who advance solutions to the homeless crisis as is the case in Chico, Santa Cruz, and Los Angeles.

Alexandra Datig creator of the Front Page Index whose tagline is “God, Country, Liberty, Freedom” introduced a “Petition to recall Los Angeles Mayor Eric Garcetti for the homelessness crisis plaguing the city,” claiming that they are responding to the June 4, 2019, report of a 16% increase in the number of homeless in the county.

The petition claims “Mayor Garcetti’s inaction and lack of prioritization for the citizens of Los Angeles have caused third-world conditions, with disease breeding devastation on the homeless of Los Angeles who are forced to live in conditions that are a danger to all of the public health.”

Another group hostile to the homeless calling themselves One Chico launched a recall campaign in May 2019 to unseat Mayor Randall Stone and Councilman Karl Ory. Two of their main justification for the recall is the “Inability to uphold Chico’s mission to make Chico a safeplace to raise a family, an ideal location for business and a premier place to live.” and, “Promotes failed homeless solutions that attract and coddle criminals.” The members of One Chico, Nichole Nava, Jaime Jin, Kim Burke and Tim Lynch supported a tough sit-lie law against those without housing and organized to block a shelter on Orange Street.

A coalition of anti-homeless hate groups dubbed Santa Cruz United filed a petition in June 2019 to remove Council members Drew Glover and Chris Krohn they “repeatedly voted against closing the Ross Camp, while falling to pursue legal, realistic, and humane solutions to homelessness in the City of Santa Cruz. By opposing the closure of the Ross Camp, he (they) contradicted the recommendations of Fire Chief Hajduk and County Health Officer Leff, and endangered the health and safety of Santa Cruz residents, both housed and unhoused.”

Members of Santa Cruz United have remained silent about threats and claims of violence against those living outside on their social media platforms. They have also championed sit-lie laws, the continued ban on sleeping outside at night and blocked efforts at the creation of shelters and addiction services. This group includes Pamela Comstock, Analicia Cube, of Take Back Santa Cruz, Deborah Elston, President of Santa Cruz Neighbors, and Kevin Vogel, Former Police Chief City of Santa Cruz.

All three recall campaigns use the fear of the homeless spreading disease and lawlessness. None of the politicians facing recall have been accused of anything but voting to support realistic solutions to address the growing crisis of families living unhoused.

Trump’s favorite TV Stations is participating in the dehumanization of those without housing now that it has successfully sowed fear of the refugee to millions of Americans. Are those frightening pictures of standing room only fenced in immigration detention centers a means to accept camps for the millions evicted onto our streets?

Fox’s Jesse Watters comments on the increase in those living outside in Los Angeles saying “you only have one solution. You bulldoze the 50-block radius, and you institutionalize everybody and detoxify them, and then you let them out.”

The Washington Post story, “Trump paints a dark picture of homelessness in cities: ‘We may intercede’ about the July 1, 2019, Trump interview with Tucker Carlson adds a frightening voice to the war on America’s homeless.

Trump responds, “Police officers are getting sick just by walking the beat,” he claimed. “We cannot ruin our cities. And you have people that work in those cities. They work in office buildings and to get into the building, they have to walk through a scene that nobody would have believed possible three years ago.”

“We have to take the people,” he said. “And we have to do something.”

“When we have leaders of the world coming in to see the president of the United States and they’re riding down a highway, they can’t be looking at that,” he said. “They can’t be looking at scenes like you see in Los Angeles and San Francisco . . . So we’re looking at it very seriously. We may intercede. We may do something to get that whole thing cleaned up.”

The war against America’s homeless also includes a campaign to underestimate the crisis. Most reports on Trump’s comments claim that 500,000 people homeless based on federal data collected in the HUD Point in Time counts. It seems unlikely that the homeless population dropped by 250,000 people during the 2008 housing foreclosure crisis.

The National Alliance to End Homelessness website states,”The U.S. Department of Housing and Urban Development (HUD) requires that communities receiving federal funds from the McKinney-Vento Homeless Assistance Grants program conduct a count of all sheltered people in the last week of January annually. Unsheltered counts are required every other year, although most communities conduct an unsheltered count annually. In an unsheltered counting effort, outreach workers and volunteers are organized to canvas Continuums of Care to enumerate the people who appear to be living in places not meant for human habitation. The first of these counts were conducted in January 2005 meaning that we have data for every CoC for the last ten years.”

The U.S. Department of Housing and Urban Development. 2007 Annual Homeless Assessment Report to Congress, There are 750,000 Americans who are homeless on any given night, with one in five of them considered chronically homeless. The National Alliance to End Homelessness reports that 564,708 people in the U.S. are homeless in 2018.

If the history of past dehumanization campaigns against those without housing is any indication the framing of the crisis facing millions of Americans as “An Addiction Crisis Disguised as a Housing Crisis” and the use of the recall to stop political leaders from advancing realistic and humane solutions suggests a dramatic increase in the passage and enforcement of harsher laws, destruction of people’s survival property and the possibly of internment as is already the case with people fleeing the chaos and violence caused by decades of US wars in Central America.

The phrase “life unworthy of life” or “Lebensunwertes Leben” in German was a Nazi designation for the segments of the community which, according to Hitler’s regime of the time, had no right to live. We cannot let this happen here. We are homeless not helpless. 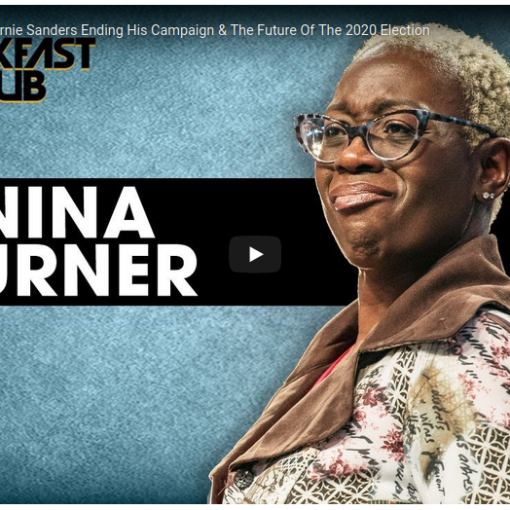 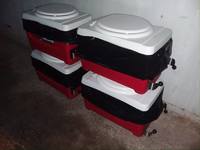 by Tracy Mapes October 10, 2018 SACRAMENTO,Ca–The American Economy is downsizing America, and its citizens without a clear contingency plan to deal […] 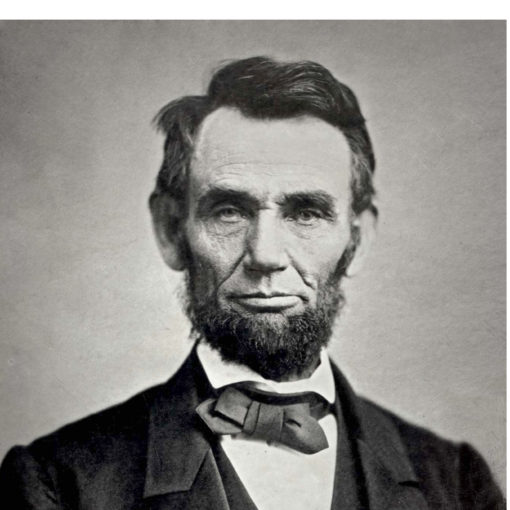 The Emancipation Proclamation set a profound precedent: Let’s utilize it! This article originally appeared in the January 2003 edition of the People’s […] 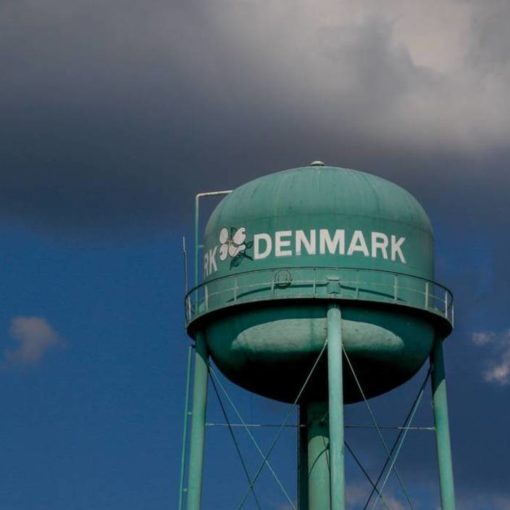 The community of Denmark, South Carolina is waging a courageous fight for justice in the poisoning of their water. Contact Denmark Citizens […]