“We have wars, we have rising sea level. Now we’ve got a pandemic to deal with.  Look at how much money they’re going to make off of vaccination. We need to move forward towards connecting people to a message of being better to each other,” says war veteran Chas Jacquier, who served in Afghanistan. Injured while on a combat patrol, he was medically retired from the military in 2013. Now an anti-war speaker who stresses the humanity of people everywhere, Chas seeks a way to work cooperatively to solve our problems. Karel Riley of Austin, Texas recently spoke with him. Below are the key points he discussed in the conversation:

• That trillions are spent on wars that kill civilians, but the government won’t take care of veterans. To recover from PTSD, Chas connected with the homeless.  He took in a homeless man and spent a month tracking down the documents he needed. “At some point you can’t keep spending on war and spending it to build a border wall. . . kids are starving here but we don’t want to admit that we have that problem,” he said.

• That a border wall doesn’t keep danger out. He proposes bringing the soldiers home to perform jobs in Customs because only 4% of the shipping containers that come into the United States are ever checked.

• That military contractors profit as described in The Afghan Papers.  “The war on terror was never meant to end,” he said.  Fear-based propaganda has led to “locking kids in cages and separating them from their families,” spying by the NSA on all Americans, and fusion centers that control and militarize our communities.

• That the military creates cohesion among soldiers because it’s in their interest.  “How do we get society to grasp onto that level of connectedness?  We call each other brothers and sisters because we’re willing to die for one another.  It doesn’t matter – Black, white, brown.”

• That the U.S. has intentionally kept some communities dangerous, and brought crack cocaine into Black communities to keep them impoverished.  We should instead be funding better education.

• That the rappers who spoke out against oppression and sought change, like Tupac. Nipsey helped bring about a ceasefire for the first time in LA between rival gangs. “Any time that you have somebody who’s stopping the division and is dangerous to the powers that be, they go away.  There’s got to be this AWAKENING.”

• Utilize technology to eliminate jobs that “don’t serve us. They’re not for the good of  people .”  He seeks common ground and what’s in the best interest of the majority of people.

Chas Jacquier’s vision is for people from a wide variety of experiences and backgrounds, for example, Christians, Muslims, homeless, and refugees, to cooperatively work on local problems, finding solutions that could pull people together, making sure that everyone is treated with kindness, respect, and humanity.

The People’s Tribune welcomes articles from those who are engaged in the struggle to build a new society that is of, by and for the people. Unsigned articles reflect the views of the editorial board. Bylined articles reflect the views of the authors. Please credit the source when sharing: Copyright © 2020 People’s Tribune.  PT, PO Box 3524, Chicago, IL 60654-3524.

Here’s What I Saw By Sue Milewski In March of 2018, I moved into an apartment in a building operated by the […] 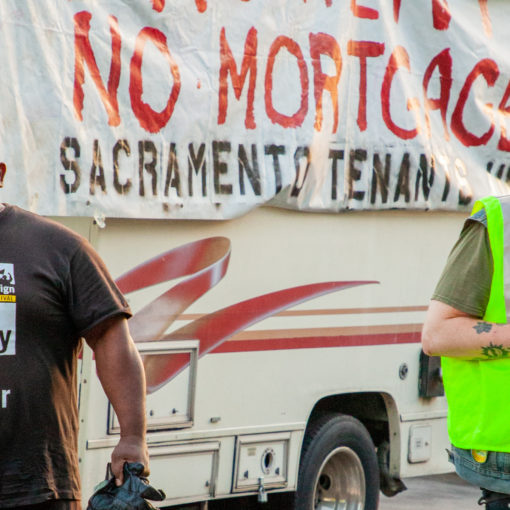 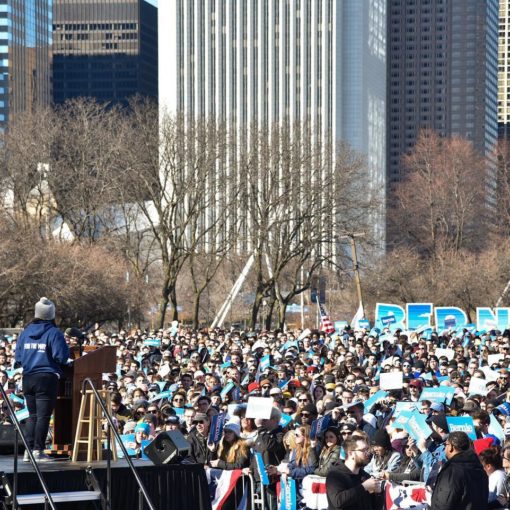 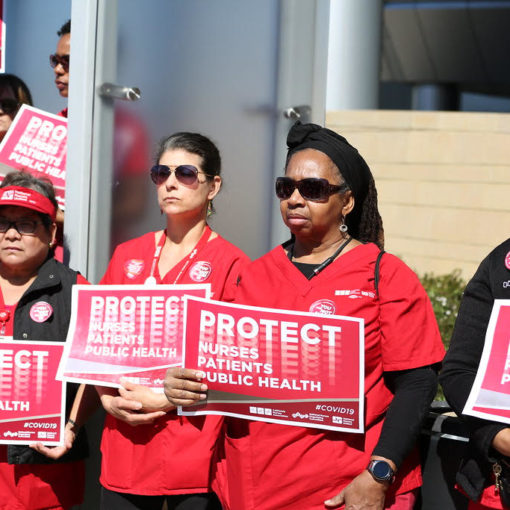 Coronavirus, Economic Crisis and the Fight for a New World From the editors of the People’s Tribune In the midst of the […]