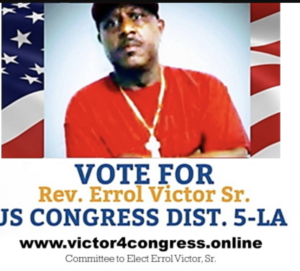 The UN Special Rapporteur on Torture may be the only resort for Reverend Errol Victor, Sr. and similarly situated Americans fairly considered U.S. political prisoners to get that status somewhat officially confirmed with redress for persecution and torture attributable to that status. By: Committee to Elect Errol Victor, Sr.

Visit this website for the full statement and more information:

MONROE, La. & GENEVA – Feb. 23, 2021 – PRLog — As of today, the United Nation’s Special Rapporteur on Torture should have in hand a Complaint for Urgent Appeal submitted to him late last week on behalf of Reverend Errol Victor, Sr., a longtime member of Louisiana United International, Inc. (LUI).  According to his campaign website, Reverend Victor is also a candidate for U.S. Representative for the 5th Congressional District (R-La), and he is running for the office from jail!  Actually, the referenced complaint states that Victor “has been or remains needlessly exposed to heightened risks of COVID-19 infection, shackled to a prison bed, housed within a prison section/ward reserved for mentally ill prisoners, plus cut-off from media interviews as well as political candidate forums despite being an American citizen and current candidate for Congress who is neither a convicted felon nor sentenced to imprisonment.”  Making those representations are Belinda Parker-Brown and Dr. Zena Crenshaw-Logal, LUI’s CEO and Assistant Chief of Operations, respectively.  The complainants describe LUI as “a U.S. nonprofit corporation functioning as a membership-based civil, constitutional, and human rights advocate.”

Parker-Brown says Reverend Victor is a political prisoner being tortured and at imminent risk of death due to intentional neglect or other deliberate mishap while in the State of Louisiana’s custody.  Court records confirm that on September 15, 2014, a Louisiana jury convicted Victor of supposedly beating to death his then eight (8) year old stepson, the late M.L. Lloyd, III.  Victor was accordingly sentenced to life imprisonment at hard labor, without the benefit of parole, probation, or suspension of sentence.  Then, on April 27, 2020, the U.S. Supreme Court overturned Victor’s murder conviction and sentence on a technicality of historical significance. Victor was convicted by a less than unanimous jury, an unconstitutional outcome linked to racism per our nation’s High Court in Ramos v. State of Louisiana, 140 S. Ct. 1390 (2020).  Yet, the State of Louisiana is keeping Victor incarcerated.

In their joint complaint to the UN Special Rapporteur on Torture, Parker-Brown and Crenshaw-Logal explain that M.L.’s April 1, 2008 death was a family tragedy that became “an opportunity for powerful private sector and public sector rivals of Reverend Victor to ‘settle scores’ with him”. Parker-Brown and Crenshaw-Logal promise to prove that “our country’s legal system has long been weaponized against Reverend Victor such that before he was even ostensibly convicted of any crime, he lost parental rights as to the minors of his surviving twelve (12) children and was separated from their adult siblings who were also quite young when their brother M.L. died; had vast portions of his then substantial assets seized, reportedly by bankers, for no apparent reason, starting only a day after his arrest, before any cause of M.L.’s death was formally determined; has been jailed, imprisoned, and as of this complaint is literally held hostage, nearly incognito, reportedly exhibiting classic COVID-19 symptoms, supposedly due to a highly disputable, nearly ten (10) year old bail violation”.

Professor Nils Melzer – a Swiss academic, author on international law, and current UN Special Rapporteur on Torture – is no stranger to the prospect of a questionable bail violation being used as a ruse to keep some controversial, purported criminal incarcerated.  Melzer is known to contend that legendary Wikileaks co-founder, Julian Assange, who America seeks to extradite from the U.K. on espionage charges, remains incarcerated there and perceived by many as a flight risk due to an alleged bail violation Melzer suggests is more fairly considered Assange’s lawful quest for asylum at the Ecuadorean embassy in London.  Via their complaint, Parker-Brown and Crenshaw-Logal attribute Reverend Errol Victor, Sr.’s alleged bail violation to a “strained (to say the least) analysis of his circumstances and relevant law by the Fifth Circuit Court of Appeals for the State of Louisiana”, adding that “(o)n December 17, 2020, in addition to reciting Reverend Victor’s previously asserted grounds for bail, Parker-Brown represented to the Twenty-Ninth Judicial District Court for the Louisiana Parish of St. Charles that ‘Rev. Errol Victor is reportedly exhibiting multiple, classic, debilitating symptoms of COVID-19 infection’ . . . ” which legal action was thwarted, reportedly through improper if not criminal maneuvers by certain Parish officials.   “And so it seems (to Parker-Brown and Crenshaw-Logal) that should (their) complaint for urgent appeal (to Professor Melzer) be for naught, Reverend Errol Victor, Sr. is apt to die in state custody, accused of a heinous crime far more implausible than the alleged weaponization of America’s legal system against him.”

Crenshaw-Logal explains that Professor Melzer will not make fact findings like a judge but may press U.S. government to ensure that Reverend Victor has not been and is not being physically or psychologically tortured. Crenshaw-Logal emphasizes that resort to the UN Special Rapporteur is likely the only way for those relatively few, but significant number of Americans fairly considered political prisoners of the U.S. to secure  at least somewhat legally binding determinations of that status for themselves, with redress for persecution and torture specifically attributable to that status.  Crenshaw-Logal is a co-founder and executive committee board member as well as Executive Director of National Judicial Conduct and Disability Law Project, Inc. (NJCDLP), a LUI sister organization.  “Through a series of reports spanning from 2016 to 2020, NJCDLP’s campaign known as Opt IN USA makes rather apparent that . . . America lacks effective avenues of redress and relief for . . . objectively discernible, national patterns of persistent U.S. legal system abuse.”  Parker-Brown and Crenshaw-Logal share with Melzer that “(s)o far only the United Nations and affiliates of the United Nations Association of the United States of America (UNA-USA) – specifically the Council of Organizations (with which NJCDLP participates as a member and Executive Committee Member and that complainant Crenshaw-Logal serves as Human Rights Committee Chairperson) as well as the UNA-USA of Atlanta – have responded as if these contentions warrant elaboration.”  Given that reality, Parker-Brown and Crenshaw-Logal submit that “(t)he idea (of) Reverend Victor and millions of Americans . . . being systematically stripped of supposedly inalienable rights is quite plausible.”

To attend a related press conference on Thursday – February 25, 2021 @ 11:00 am CT, hosted by the Committee to Elect Errol Victor, Sr., advance register @ https://www.victor4congress.online/news 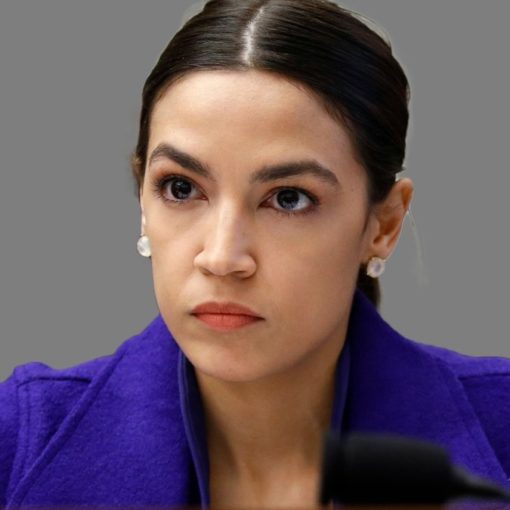 ‘Let’s play a game,’ congresswoman Alexandria Ocasio-Cortez says to a panel of government watchdogs. Ocasio-Cortez goes on to dissect US campaign finance […] 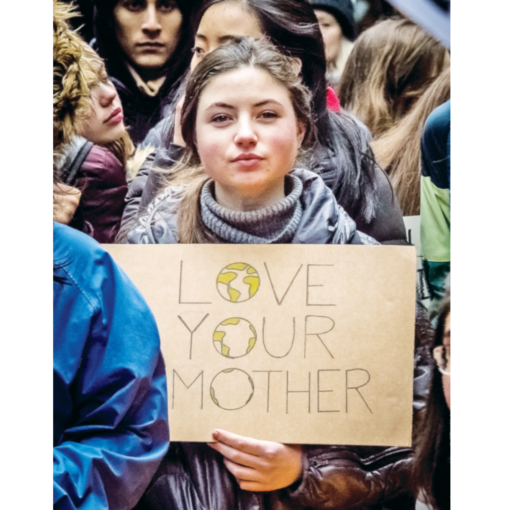 By the Editors, People’s Tribune Photo/ The international Youth Climate Strike, held across the country and world on March 15, demands that […] 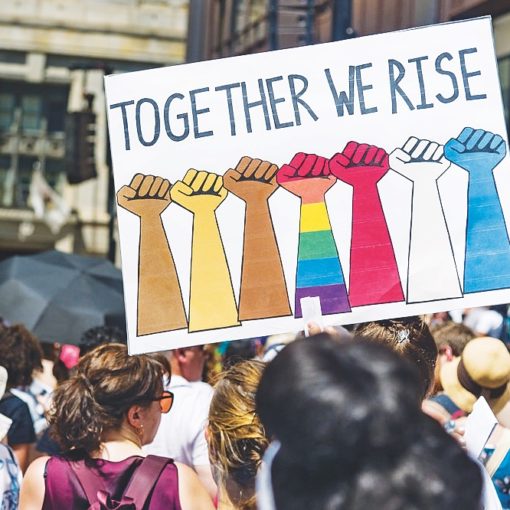 October 1 to 31 You are critical to this paper’s future Our country and the world are in crisis, and this has […]