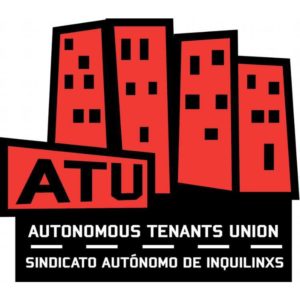 The People’s Tribune’s Bob Lee interviewed Antonio Gutierrez, one of the cofounders of Chicago’s Autonomous Tenants Union (ATU) and a tenant organizer with ATU. Below are excerpts from the interview. Learn more about the ATU at autonomoustenantsunion.org.

People’s Tribune: Can you update us on what’s happening in Chicago around tenants fighting evictions?

Antonio Gutierrez: Yes. Governor Pritzker has extended the moratorium on evictions in the state of Illinois. That is going to be ending now on September 22. So now we have until September 22 when we’re looking at eviction court starting up again, but we also know that eviction filings [by landlords] are still occurring, regardless of how much ATU has been highlighting the fact that illegal filings are still occurring, at least in Cook County. From what we have been able to verify, there’s over 950 filings that have occurred based on our research. That means that as soon as September 22 comes, those 950 or more cases that will be filed by that date will then have to be seen in eviction court and it is very scary to say the least to think about what the court system is going to do with that influx of cases, or what the process is going to look like when we don’t have the right to counsel in eviction court in Chicago or anywhere in the state of Illinois, and how those tenants are going to be able to cope.

There’s some concern that tenants won’t have the tools to really defend their rights in those courts and that default decisions will result by tenants not showing up to those courts, or that even if they do show up, that judges are just going to be siding with the landlords in regards to lack of payment of rent due to Covid-19.

Unfortunately, you also see other tactics of harassment, of increasing rents, of giving 30 days notices for no reason to scare tenants away and put them on the street in the middle of the pandemic. For example, there is a multiunit campaign that right now ATU is working with MTO, the Metropolitan Tenant Organization, here in Chicago, where we have seven families being evicted through a 30 days notice, in the midst of a pandemic. And we have other companies raising rents on tenants in order to force them out, even when they’ve been paying rent during the pandemic, or at least partial rent. We’re constantly getting calls on our hotline from people experiencing some of these tactics, or even just having the landlord be super aggressive about paying rent, and having to make decisions about whether they’re going to put food on the table that night, or whether they’re going to give that $100 or $200 that they might have to the landlord in order to just make it through the week before they start asking for money again.

In some other cities eviction court is still being carried out. And there’s still even unclarity about how many people are being evicted through other methods like harassment and manipulation, or even scare tactics like calling immigration, and fear, as those things are not being documented. And so, I think we’re going to see a huge increase in our homeless population. I myself have identified a community member that was working in construction prior to Covid. Covid came and there was no work, and now he’s living on the street, he’s living in a local park. He had an apartment and the landlord convinced him to leave, and out of pride and out of not knowing his rights, the person left and now he’s homeless. And I’m sure there are many hundreds of people that are in a similar situation.

In addition, a lot of these rent relief programs that have been announced [have problems]. One program—the Illinois Housing Development Authority Emergency Rental Assistance Program—asks as one of the eligibility requirements that the tenant needs to present a written lease for the unit and give their landlord’s information, as the rent assistance will actually be provided directly to the landlord and not to the tenant. A lot of the people that ATU works with, and as we understand the majority of low-income working class tenants, actually don’t have a written lease. So even if they could benefit from that program, they don’t have one of the eligibility requirements for the program itself in order to even apply.

They’re saying that approximately 30,000 tenants will be receiving the funds, which can be up to $5,000 to cover previous rent payments that should have been made during Covid-19 months. People can apply online, but that means one needs to have access to internet or a smart device to apply. Again, we’re assuming that everybody has access to WiFi, and an email address, one government-issued ID, a current written lease, a landlord’s email and phone number, and then a proof of income that you are below or at 80% of the area median income.

When you have a lot of these different requirements, this can be a problem, especially for an undocumented person. And so even though these programs are being highlighted by elected officials as the solution that is going to be saving those that haven’t paid rent, we know that it’s only a Band-Aid compared to the real solution that we are demanding and that the people need in order to just be able to keep moving forward.

PT: And what are your demands?

AG: We are demanding, as ATU, the cancellation of rent during all the Covid-19 months that we had an executive order or closure of the state, and while the moratorium exists and potentially even beyond the moratorium, until the economy goes back to normal. And that also includes a moratorium on foreclosures as well, or mortgage payments for those that are homeowners, and that have also experienced financial impacts due to Covid-19. We are also demanding that these eviction filings that have occurred since April 23, when Governor Pritzker made an executive order declaring eviction filings illegal, need to be dismissed and canceled out, so that those tenants don’t face eviction court once the moratorium lifts on September 22.

Here in Chicago, there is a proposed ordinance for Just Cause Eviction, which is at the Housing Committee right now. And we hope that gets voted on in City Council this month, September. We hope that individuals that live in the city will call their alderperson and make sure that they are endorsing Just Cause eviction. The ordinance will provide a lot more protection to tenants, especially right now during Covid-19, because it will take away the ability for landlords to give 30 days notices to tenants that don’t have written leases without giving an actual reason about why they’re terminating the lease or the agreement with them. In addition to relocation assistance if the tenant does agree to move out or the landlord has a valid reason, such as conditions repair, that endangered the tenants’ safety.

Besides stating our demands in any way that we can, ATU is working with all the independent, autonomous tenants hubs that have a formed since Covid-19 started in Chicago. We have created the Chicago Tenants Movement (CTM) to unify all these individual tenant union hubs that have been formed into a large network where we share resources, information, and training for individual tenants and organizers to get trained around preparing for what we are considering the worst eviction crisis yet whenever this moratorium gets lifted in the state of Illinois.

The Chicago Tenants Movement is still in a very early stage of development. We’re sharing resources, deciding how we’re making decisions and what kind of actions we’re going to be taking on in the upcoming weeks or months around this crisis. But we’re definitely going to be highlighting any type of illegal tactic that is being used to displace tenants and continue to highlight them to hopefully get the demand for cancellation of rent.

Many of us who possess some privilege, especially elected officials, I imagine that it’s hard for them (elected officials) to understand that reality of low-income working-class tenants. There are demands at the current moment that go beyond housing, that go beyond public health concerns, and that are extending through all of the social fabric in our communities. Those demands for support are not being addressed, in my opinion, in order to protect our economic system, capitalism. In order to protect the understanding that we have about what private property rights look like in the United States, and to make sure that our elected officials don’t see housing as a human right. These relief programs are really just breadcrumbs, in my opinion, compared to what the real need is in our community. The only way we will obtain what our communities need is by organizing and demanding it collectively. 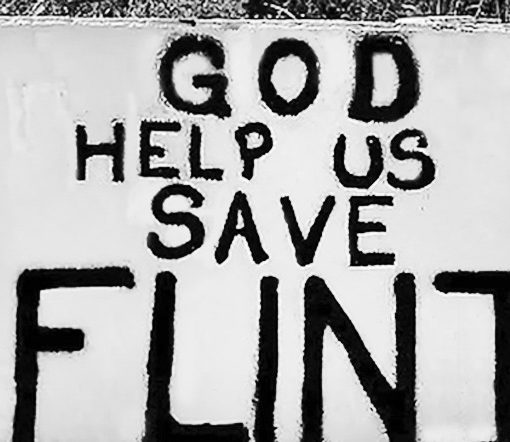 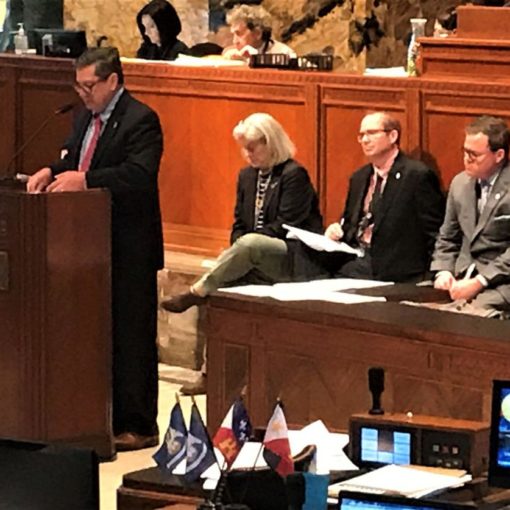 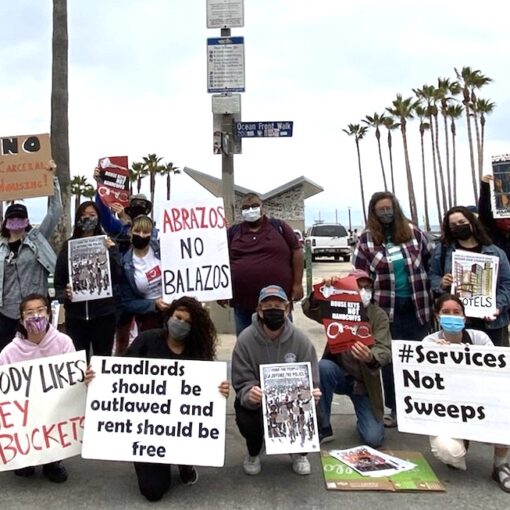 PTLN 7.11.21 Los Angeles: ‘People have a right to a home!’ Human rights violations against the unhoused community in Los Angeles By […] 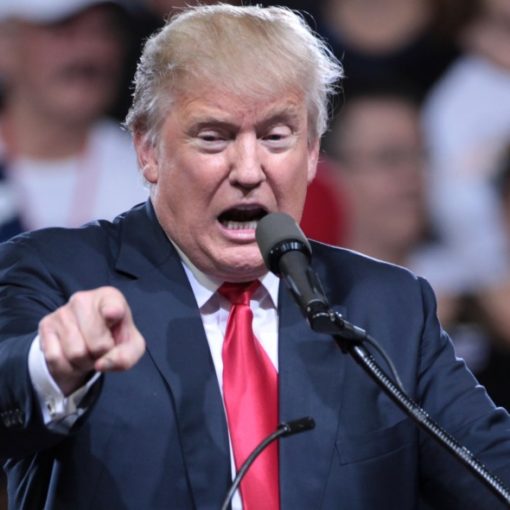