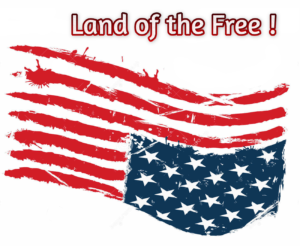 Thoughts – No Justice, No Peace

It was almost like time travel, as if I was suddenly yanked back into an earlier life. Angry crowds surging back and forth in the streets chanting protests against racial terrorism. Stores and vehicles torched and burning in dozens of American cities. Windows smashed, shelves looted clean. Violent confrontations between unarmed protesters and armed and armored police. Rage, screams, injuries. National Guard troops called in to restore order. People feeling outraged, confused, helpless, and afraid in the face of such disruption. What kind of a future are we facing? How do we explain this to our kids? How could a country that proclaims itself to be so virtuous behave so consistently badly? And almost always at the root, in the 1960s as well as in the 21st century, the death of a black person at the hands of white police.

Except that in Minneapolis, as everywhere else, that is not the root, it’s really just the trigger, the last straw. It was almost like time travel to me because I covered so many scenes like this 60 years ago, when I was a young reporter learning how the world worked before we had cell phones or the Web, flying into urban uprisings in Harlem, Chicago, Patterson, Newark, Cleveland, Rochester, Washington D.C., San Francisco, Detroit, Miami. I used to say back then that you could blindfold me, parachute me into African American neighborhoods in any major city, and as soon as I ripped the blindfold off I would know where I was. And I saw back then in my 20s, as I see right now in my 80s, in Minneapolis, Los Angeles, St. Louis, and nearly 100 other places this weekend, that what exploded in race-based rage was righteous anger at the systemic, institutionalized terrorism that is most easily seen as systemic racism.

Only I see now, as I didn’t then, that there’s so much more to it. The questions that some people always ask, “why do they tear up property . . . why do they hate us?” are not quite the right questions. The right question is what keeps the hatred and the rage going year after year, decade after decade, generation after generation, century after century?

Elie Mystal wrote a powerful essay in The Nation on May 27. It was headlined “White America Loves Its Killer Cops” and it looked at this week’s series of urban rebellions through a purely racial lens. Here’s the first third of it:

The police didn’t stop. The police are never going to voluntarily stop killing black and brown people. The killings will continue until the majority of white people in this country make the killings stop.

The police work for white people and they know it. White people know it too. Deep down, white people know exactly whom the police are supposed to protect and serve, and they damn well know it’s not black and brown people. We saw some video of that too, over the weekend. Amy Cooper, who is white, was walking in Central Park with her dog. Her dog was off its leash, in violation of park rules and city ordinances. A bird-watcher, Christian Cooper, who happens to be black, asked her to follow the rules. Instead of just putting her dog on a leash, she decided to use his race against him. She first threatened to call the cops and then did just that, claiming that an “African American man” was “threatening” her in the park.

The very instant that Amy Cooper felt she needed the support of institutionalized racism to get her through her morning, she knew exactly where to find it. She knew exactly whom to call. She was the one in violation of the rules. Yet there she was, calling the cops. No doubt, it wouldn’t have even occurred to her to call them to the scene of her lawlessness if not for the way cops tend to harass, jail, and yes, murder people who look like Christian Cooper. Or George Floyd. Or Eric Garner. Or Terence Crutcher. Or Alton Sterling. Or Emantic Fitzgerald Bradford Jr. Or Amadou Diallo.

When Amy Cooper threatened to call the cops, she was threatening to take a black man’s life. It’s a threat that works only because cops are so consistently willing to murder black and brown men. She was able to dial up 400 years of racial oppression and violence on her phone more easily than I am able to order a pizza.

And there is more: https://www.thenation.com/article/society/white-america-cops/ I read it with great admiration for the power of the writing and great frustration at the limitations of a purely racial analysis. So I emailed him the following note:

Powerful writing, my brother. But think about this. It isn’t just that white people want the police to keep killing black and brown people. It’s that the United States built its incredible wealth and power on a foundation of exploiting whatever groups could safely be exploited at every period in its history, starting with the people who were already here when the European settlers arrived. And people who look different are the easiest groups to scapegoat and exploit in pursuit of more wealth and more power.

We call ourselves the land of the free but our most cherished freedom is the right to exploit. The country exploits by race, and by class (Irish and Italian immigrants in the 1800s and early 1900s, white southern sharecroppers during Jim Crow), and by religion, by sex, by age, by education, by lifestyle, and on and on and on. It’s not racism for the sake of hatred, it’s racism as the single most important key to class power. The most important thing for the ruling class is to keep the exploitation going from each generation to the next. Because keeping people exploited through terrorism builds more wealth and more power. So it’s not surprising that racism continues.

Racial incidents are key paving stones on the path to power. The ultimate key is not stopping racism, although that would certainly help tremendously. The ultimate key is stopping exploitation. Which will be difficult as long as capitalism, which reserves its biggest rewards for the biggest exploiters, hangs around.

Fortunately, capitalism is dying as algorithmic technology replaces more and more human workers. Unfortunately, most people don’t yet have a vision of the better, non-exploitive system that could replace capitalism as laborless production creates ever-greater amounts of ever-cheaper goods and services which ever-increasing numbers of workers can no longer afford to buy. The COVID-19 pandemic is showing us that guaranteed incomes and distribution according to need are not pie-in-the-sky when they are accepted as necessary to keep families from crashing and burning on a horrendous scale. Production without human labor requires the distribution of basic necessities according to need if we are to create a saner, more moral, less exploitive, less racist society. But where is the national conversation about that?

Elie Mystal was right when he said the police know who they work for. It looks like they protect and serve white people but it’s really the ruling class, which has historically been white and male but is slowly admitting people of color and women and LGBTQ folks into its ranks. The election of 2008 not only made Illinois Senator Barack Obama president. It formally cemented him into the most elite ranks of the ruling class, which gives him some extra tools to cope with racism and explains a lot about some of his policies. The job of the police is to keep the riff-raff from breaking the rules, keep them from changing the way things are supposed to be, to protect the way things are.

Who makes the rules about how things are? They’re supposed to be our rules, that’s why we-the-people have the right to vote that so many of the ruling class have been suspicious of right from the birth of the country. But President Trump revealed how the police really work by quoting 1960s Miami police chief Walter E. Headley’s 1967 press conference pledge, “when the looting starts, the shooting starts.” That says members of the ruling class valued preserving property above preserving life. Headley also said at that same news conference, “We don’t mind being accused of police brutality. They haven’t seen anything yet.” If it’s still true in 2020 that we haven’t seen anything yet, the next step is a wholesale denial of the right to vote, perhaps using the coronavirus as an excuse, a fascist crackdown on dissent (like was official policy in the Jim Crow South), and the turning of as much government power as possible toward protecting profits with a claim that doing so preserves our freedoms. What we are seeing on the streets is the language of rebellion. As my wife Ethel says, the language of rebellion must link up with the language of transformation to reconstruct society as less exploitive. 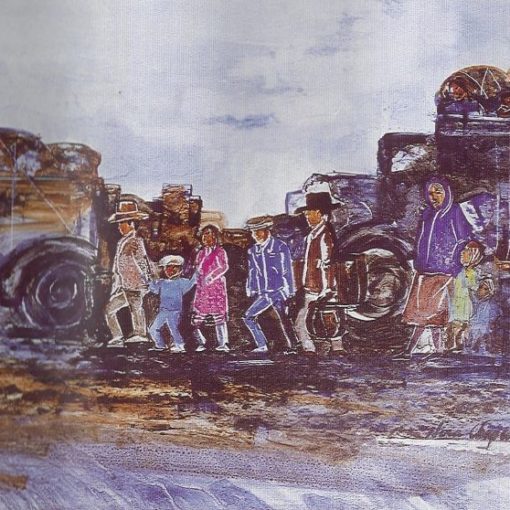 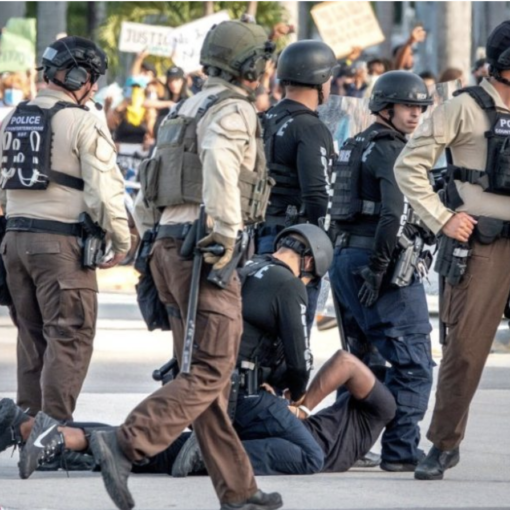 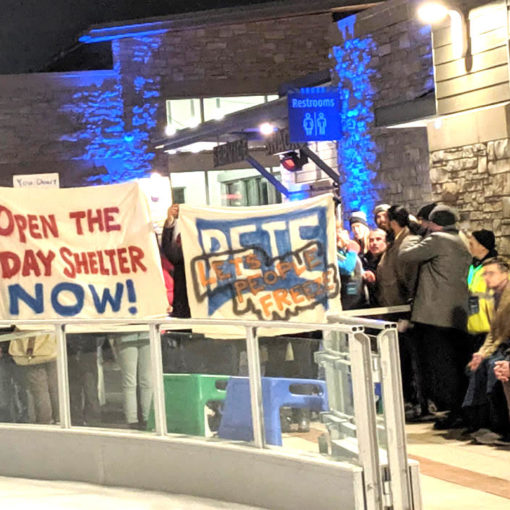 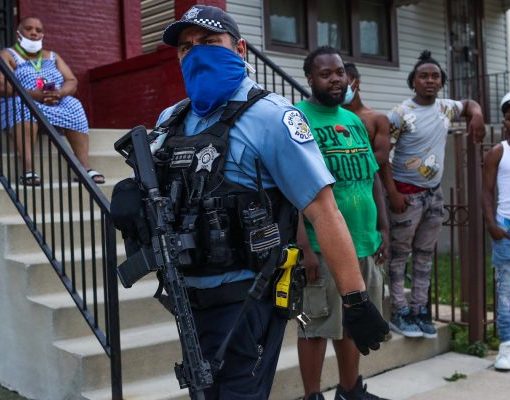 Published on PTLN 8-21-20 Press Release on Police Shooting in Chicago’s Englewood Community Editor’s note: The following is a press release by […]